Cookies remember you so we can give you a better service online. By using this website or closing this message, you are agreeing to our Terms of Use.

Our direct line number is:

Or email us at:

Send us a message

Sign up for our newsletter to receive the latest news from Andorra and great offers!

Please enter your email address below to receive our emails: 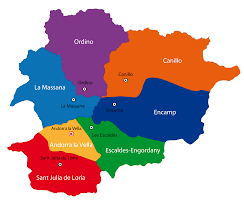 Andorra Information – Situated on the border between France and Spain, Andorra is a small country made up of mountains, steep valleys and beautiful lakes. Andorra is in fact Europe’s sixth smallest country covering just 468 square kilometres and can fit into London three times. The country has only 8% of built up areas , whilst 92% is forest land which is one reason that Andorra is also a nature lovers paradise.

For a small country’ it has many attractions with 65 summits over 2000m and in excess of 300km of pisted ski slopes.

The main resorts attracting tourists for ski and snowboard holidays are Soldeu and Pas de la Casa which can be found in the Grandvalira ski domain, and Arinsal which is located within the Vallnord ski area.

The capital of Andorra is Andorra la Vella, which is the highest capital city in Europe at around 1,023 metres (3,356 feet) above sea level. It’s well worth a visit during your stay as it has hundreds of shops, restaurants, cafe’s and bars as well as being the home to Caldea Spa. There are many hotels in the capital and it’s fairly easy to reach the ski areas from here, although most tourists on a winter sports holiday would normally stay in one of the main ski resorts, Arinsal, La Massana, El Tarter, Soldeu or Pas de la Casa.

There are just under 78000 people live in Andorra (as of 2021) although two-thirds of the population of Andorra do not actually have Andorran nationality; most are Spanish, French or Portuguese. One of the largest groups is the Spanish, who make up around 43% of the population.

The official language is Catalan, although French, Spanish and English are well understood, particularly within the holiday resort areas. There are also many Portuguese settlers therefore Portuguese can also be heard spoken in this truly multi-cultural country.

Andorra is the only country where Catalan is the official language, and they are proud of their traditions and heritage.

The currencies of Spain and France had always been accepted as Andorra doesn’t have its own currency, and until the Euro was introduced, both the Spanish Peseta and French Franc were used.

Until recently Andorra wasn’t officially in the Eurozone but had used the Euro as its currency, however after lengthy negotiations, in 2014 it officially became a member of the monetary union and issued Andorran Euro coins. 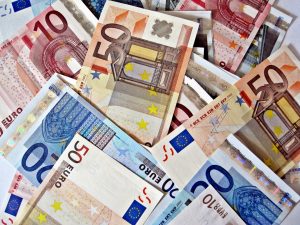 You don’t need to have a visa if you’re coming to Andorra from Ireland or the UK, however you need to have your passport with you and it is recommended that the passport is valid for at least six months after you return home.

Those intending to work in Andorra will find that the situation is quite different from many other western European countries, Andorra is not an EU member state, therefore foreign workers need to apply for a work permit (which is usually sponsored by the employer) and will also need a legalised police report from their home country.

Due to Andorra’s low duty status, and not being a member of the EU, the amount of certain goods that are allowed out is restricted. You will find customs police located on the borders from both France and Spain and all vehicles may be stopped and searched.

Roaming charges in Andorra can be very expensive. It’s very important to check with your service provider before you travel for the charges that will apply when in Andorra and make sure you have a good deal should you need to use your data whilst here; otherwise we strongly advise that you switch off your data roaming (and that of your children) before you arrive to Andorra, or at least have a notification from your service provider once you have reached your agreed data useage.

Nearly all service providers now will notify you once you reach 80% of your agreed limit and have a maximum amount you can be charged after this;  however as these rules can change at any point please check in advance to avoid any surprises.

Most mobile networks will charge you to receive and make calls, as well as text messages so it’s also a good idea to advise family & friends to contact you during your stay by internet (what’s app)

Almost all hotels, apartments, bars and restaurants have Wifi available so it’s always best to use this service.

Andorra is one of the only countries in the world without an airport. To enter Andorra must be done so by land via France or Spain. The two main airports that people use to connect to Andorra are Toulouse (TLS) in France; and Barcelona (BCN) in Spain.

Andorra information can also be obtained by emailing info@SkiAndorraHolidays.com